Some of the fun when one has housemates.

Yesterday was a very hectic day, involving as it did a luncheon, two afternoon meetings, several errands and an evening Annual Meeting.  My housemate had said that she needed to do some washes, and, as per our usual arrangements, all of us gathered up our bits and pieces.

For practical reasons it is often me that keeps an eye on progress and transferal of wash to dryer as my office is just next door.  However, if I am out and about, or not here, or just because, it will be one of the other occupants of the house.  At times we have had the combination of one young male and two over-30 (now, really I am not going to label myself as an “aging” female and my housemate although a couple of years older than myself is far from aging as well) females: then there was the three females; then the three females and one male and currently it’s housemate, her husband and myself.  For many tasks it makes it a source of constant good surprises (the dish machine which one had started magically empties itself, the same with the green bin, the trash, whatever), for others there is either everyone forgets or overkill.

So yesterday evening when I returned around 21:00 it was to find a small pile of wash on the laundry room floor. I was rather surprised, but just assumed that I had forgotten to put it in in the rush in between luncheon and leaving.  However, as I drifted into sleep I realized what had actually happened: I had transferred the first load of wash into the dryer entirely and it had a normal process.  The second load I had split into two when I took it out of the washing machine: shirts on top for a second dryer load so that they wouldn’t be totally wrinkled and towels, etc. into the dryer. Of course when the third load came out of the washing machine, the second was still not entirely dried so that third load ended up in the basket on the floor waiting its turn.  Somewhere along the line the 3rd occupant of the house returned home to an absence of the other two and presumed that the clothes in the basket still needed washing (or that the basket was needed to transport dry clothes).

Needless to say, that small lot of clothing is now very clean as I dumped them back in the machine.

Also, R., I need my brown trousers… don’t think that you will be able to fit into them!
The upside: my laundry neatly folded on the bed in the spare bedroom. Doubly washed clothing is a very small price to pay for all the benefits of communal living. 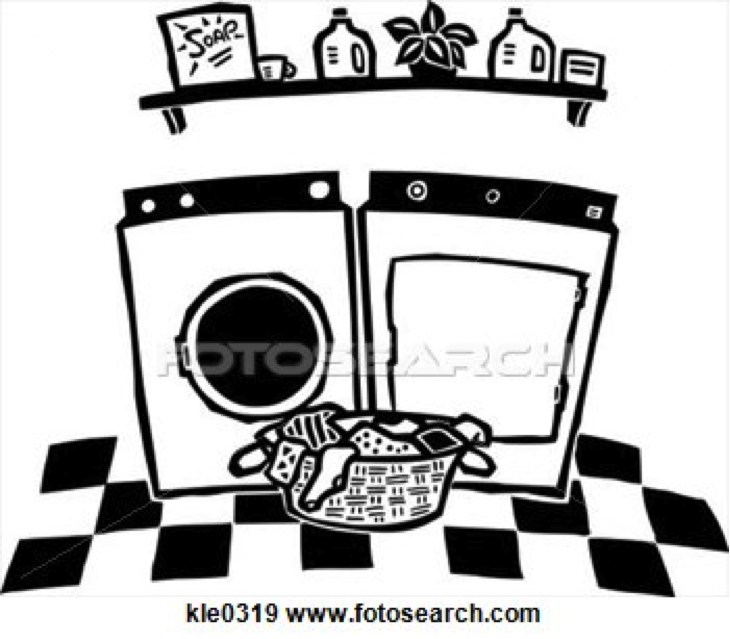 Posted by viewsfromeverywhere at Friday, May 23, 2014